Air Serbia and Croatia Airlines have been named among Eastern Europe’s best carriers at the annual World Airline Awards, hosted by Skytrax. For the fifth time, the two largest carriers from the former Yugoslavia have been featured among the best in the category, while Air Serbia has also been named among Europe’s top regional airlines. The Serbian carrier was voted Eastern Europe’s fifth best, while Croatia Airlines placed tenth. As a result, Air Serbia outperformed the likes of Pobeda, Czech Airlines and Rossiya Airlines. Aeroflot was awarded the title of Eastern Europe’s best carrier for a sixth year, followed by LOT Polish Airlines and S7 Airlines. 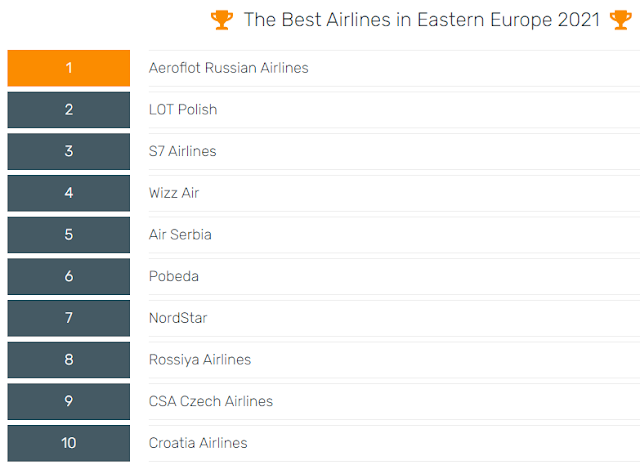 Air Serbia was also named among the top ten best regional airlines in Europe, placing sixth. According to Skytrax, regional airlines are defined as full service / hybrid carriers that primarily operate domestic or international flights up to approximately six hours. Whilst some regional airlines may operate a small number of longer flights, the core market for this airline classification are short / medium haul routes where customer product and service expectations are different to long haul routes. None of the carriers from the former Yugoslavia were ranked among the world’s top 100 airlines. 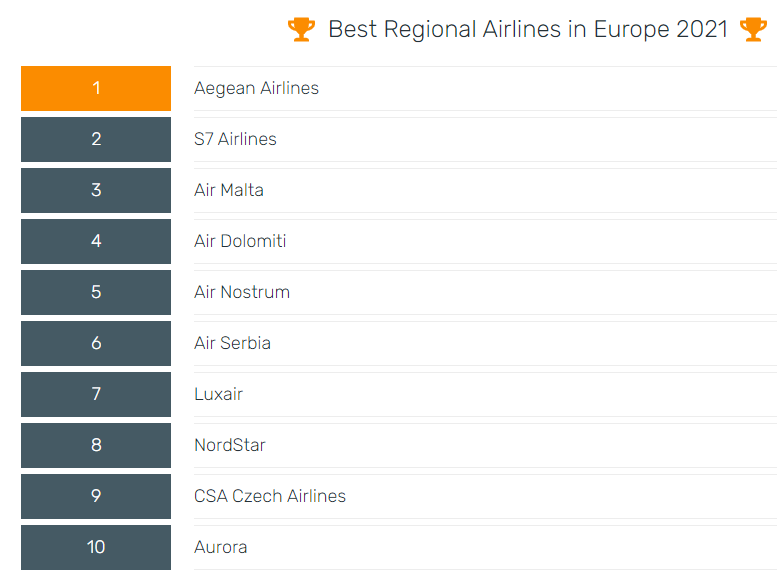 The World Airline Awards, described as “the Oscars of the aviation industry”, are the most coveted quality accolades for the world airline industry and a global benchmark of airline excellence handed out based on passenger experience. The 2021 awards are based on a much-extended customer survey period from September 2019 to July 2021, representing a mix of normal travel times combined with travel during the global pandemic. The awards were not held last year due to Covid-19. A total of 13.42 million eligible customer surveys were completed, across a range of topics, resulting in the awards for airline of the year, together with regional and best airline awards. All entries are screened to identify each IP / user information, with duplicate or ineligible entries deleted. The awards are said to be 100% independent with no payment by any airline or other outside organisation for any aspect of the customer survey or awards presentation event. Over 100 different nationalities participated in the customer satisfaction survey. The surveys measure standards across 49 key performance indicators of airline front-line product and service.

Qatar Airways was named the world’s best airline, while Air France came out on top in Europe. Saudi Arabian Airlines was recognised as being the world’s most improved carrier. Earlier this year, Skytrax held the World Airport Awards, with both Belgrade and Zagreb airports among Eastern Europe’s best.

Commvault on their plans and portfolios for GITEX 2021