Amit Lath CEO of Sharda Group will be felicitated with The Pravasi Bharatiya Samman (Overseas Indian Honour/Award) the highest Indian award for Non-resident Indian and Overseas Citizen of India, instituted by the Ministry of Overseas Indian Affairs, Government of India in conjunction with the Pravasi Bharatiya Divas (Non-Resident Indian Day), to honour individuals and organisations for exceptional and meritorious contribution in their respective fields of endeavors.

The award which has been received only by 136 people since its inception from the time of Independence of India, will be conferred by the President of India Hon Smt Draupadi Murmu on 10th January in Indore.

Amit Lath of Sharda Group who played a leading and outstanding role in the overall execution of Operation Ganga, an initiative by Government of India in rescuing the Indian Students from Ukraine and helping them get back home safely via Poland will be among the recipients of the Award.

Anil Mansinghka CMD of Sharda Group, informed the press that the Pravasi Bharatiya Samman Award (PBSA) will be conferred to 27 notable and selfless persons along with Amit Lath by the Hon’ble President of India at the PBD convention during the concluding session of the Pravasi Bharatiya Divas celebrations.

There are more than 35 million Indians residing abroad of which the Indian Diaspora in Poland consists to almost 45000 contributing substantially to the economic growth. The Bilateral business is valued more than USD 2.36 billion and has its growth more than seven fold in the last 10 years. Indian Investment in Poland are valued at over USD 3 billion.

It’s remarkable that out of few thousand nominations, 27 Persons/Organizations have been shortlisted and selected by high level committee. This award is usually conferred to Indian nationals overseas for their excellent work in various fields such as education, social welfare, science and technology, media, arts and culture, industry, business etc

Dr. Irfan Ali the President of Guyana is also among those outstanding 27 individuals who have been nominated for this award.

It may be noted that though Amit Lath’s native place is Mandela (Rajasthan) he and members of his family are based in Mumbai (Maharashtra) and Buhranpur (Madhya Pradesh).

Sharda Group has its corporate office and Manufacturing at Bhilwara (Rajasthan) along with a full-fledged business operations in Poland for more than 2 decades. Sharda Group plays an important role in the Bilateral Trade between India-Poland in the field of Textiles and other products making it a prominent contributor.

Amit Lath is a prominent figure in the European region for the development of business between nations and is also an active member and holding key positions in the following organizations: 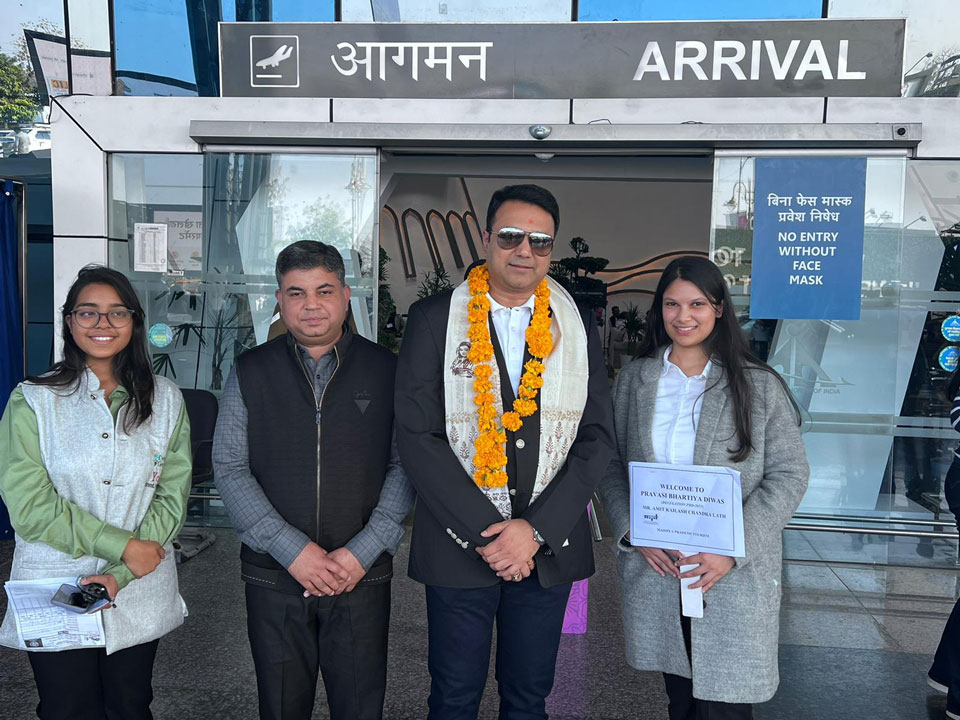