Hearts of Iron 4 DLC: everything you need to know

So, you want to know about Hearts of Iron 4 DLC? This grand strategy WW2 game has been out for nearly six years now, and has a battalion’s worth of DLC expansions backing it up as it stands as Paradox Interactive’s most popular strategy game.

It shows no signs of slowing down either, which means Hearts of Iron IV could follow its older brother-in-arms Crusader Kings II in building a truly momentous library of premium downloadable content. But not everything’s going to be worth buying right away, and you’ll need help deciding which expansions are worth prioritising.

Which is where we come in. Like our guides to EU4 DLC and CK3 DLC, we’ve put together an overview of each of Hearts of Iron IV’s expansions, providing a top line view on what’s in each pack and whether it’s worth getting straight away or not. Ultimately, deciding which Hearts of Iron 4 DLC to buy comes down to personal preference and how long the pack has been available for – the longer an add-on has been around, the cheaper it’ll be when it’s on sale.

Here is a list of the best Hearts of Iron 4 DLC:

Hearts of Iron IV’s first expansion is – especially in retrospect – a touch underwhelming. In these early days the development team still weren’t 100% sure where to focus their attention and it shows as this first DLC pack offers a lot of different mini-morsels, perhaps as a way of testing the water.

As we now know, alt-history options are very much in vogue however the focus tree reworks in this pack are underwhelming compared to the overhauls that come later. They’re also somewhat moot if you don’t want to play as the Dominion nations. The autonomy system is good if you’re playing as a subject country, but not massively essential. The other micro-features represent a similar level of ‘nice-to-have’.

This is probably one of the least essential packs but fortunately it’s also one of the oldest, so for the completionists among you it will be very cheap to pick up during a sale. 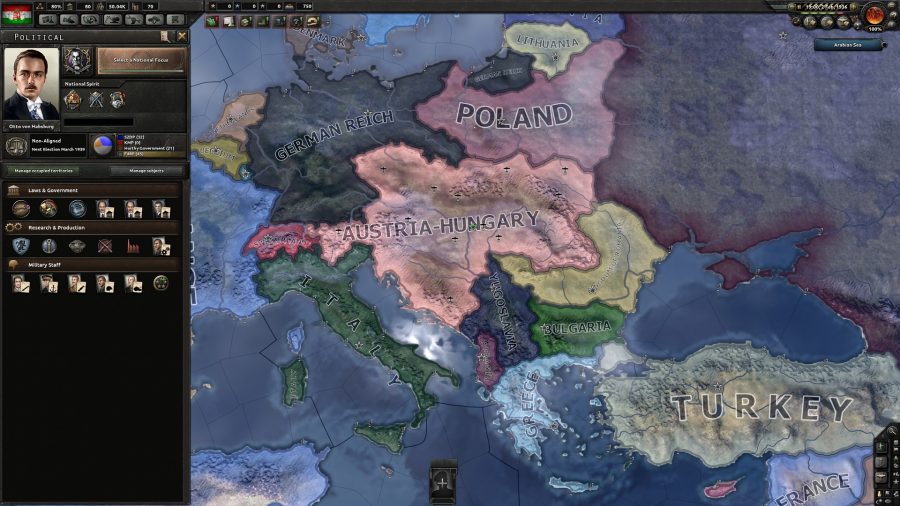 Another incredibly modest pack that again is only really worth it if you’re interested in the Balkans and south east Europe. These reworks are a lot more enticing, as this marks the point where the dev team really started to lean into the alt-history possibilities focus trees can offer.

The equipment conversion feature is pretty good, as micro-features go, as it helps make best use of your equipment. The new diplomatic options aren’t as important. The puppet interactions pair well with Together for Victory, so having both is advised. Again, as the second oldest expansion this one will be very cheap to acquire for completionists. 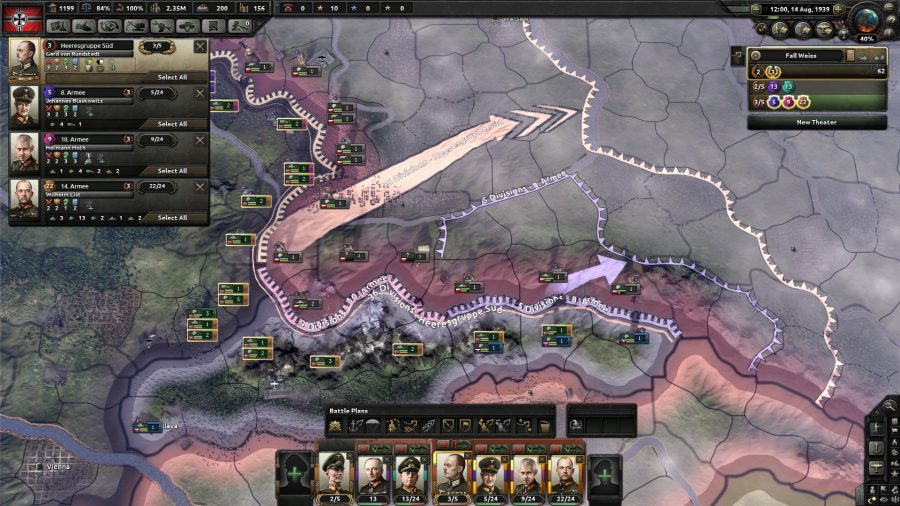 This is the first expansion where the answer is a fairly confident ‘yes’. The Germany and Japan alt-history options alone are worth the investment, and can lead to some very fun, off-the-beaten track games. Be warned that choosing not to follow Germany’s historical role as the great antagonist can cause some strange outcomes.

If you’re interested in the troubles that beset East Asia during this time period, the overhaul for the Chinese factions is equally as fascinating. You then have some excellent enhancements to land combat in the form of Field Marshals and general traits. While it doesn’t capture the granular order of battle systems from Hearts of Iron III, the added layer gives you some more strategic depth, especially if you’re fighting in multiple fronts and theatres.

General traits allows for some Crusader Kings-style progression, where Generals start out with some strengths and weaknesses but can be specialised further as they gain experience fighting in different situations. All round this is one of the war game’s stronger expansions, and well worth getting sooner rather than later. 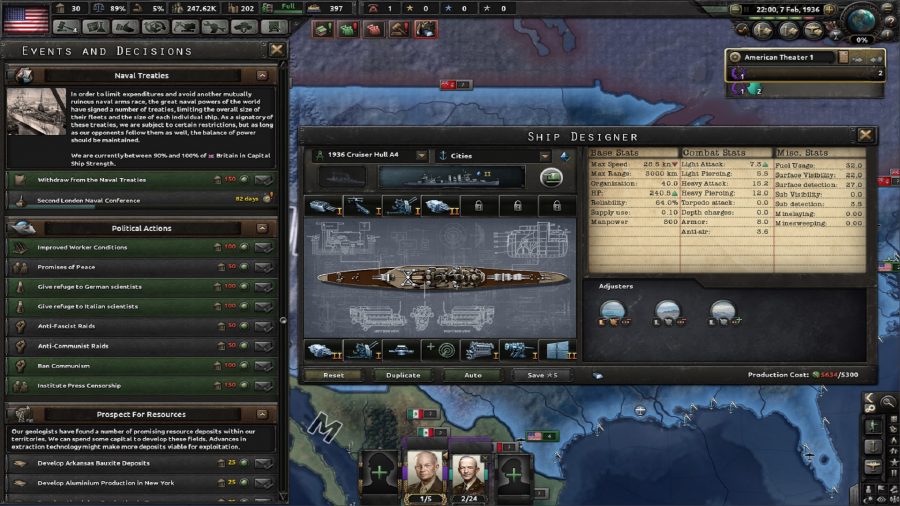 This is basically the ‘naval’ expansion where the focus is on overhauling how naval warfare works and how ships are made. A new ship designer gives players granular control over ship designs by spending naval experience, with Admirals getting the same makeover that Generals got in the previous expansion.

The new focus trees for the US and the UK are fun, but this expansion can be a hard sell if you’re not interested in the war at sea during this period. The ship designer can be a bit fiddly and we’re not completely sold on it. One to get on sale, perhaps, although quite a few Hearts of Iron 4 mods rely on its presence these days so you might have to pick it up eventually. 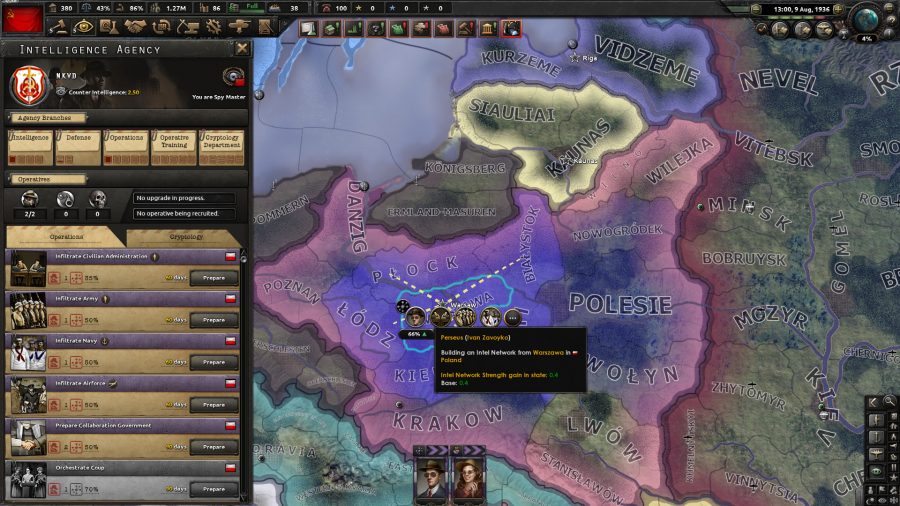 This is another hard sell as the headline Espionage system isn’t always worth devoting attention to unless you really want to. Although it’s been well designed to fit in with existing features, it can be ignored in a lot of circumstances. On the other hand, by this point in Hearts of Iron IV’s life-cycle the dev team really knows what it’s doing with focus tree overhauls so there’s some great content here.

France gets a lot of different branches to follow whatever ideology they want while Spain’s Civil War scenario receives a huge overhaul, allowing for a four-way conflict if the right triggers fire. Other than that the rest of the features fall into the ‘nice-to-have’ category. This expansion is more situational than we’d expect for a major DLC pack. 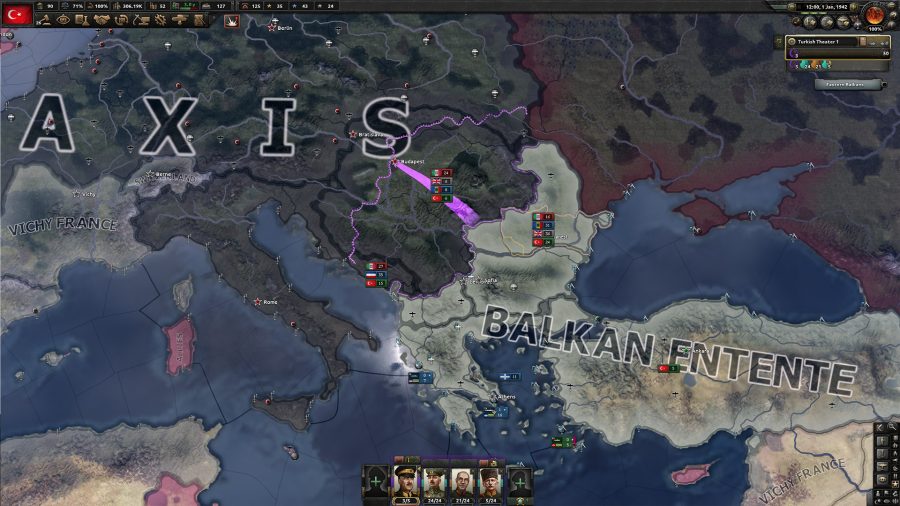 Battle for the Bosporus

Battle of the Bosporus is a surprisingly honest DLC pack in the sense that it doesn’t pretend to offer more than it needs to. New focus trees for Bulgaria, Greece, and Turkey breathe new life into this area of the world and the rest of the content is mainly cosmetic additions tied to the core theme – and that’s it.

There’s no minor feature you have to worry about missing out on so if you don’t care about this part of Europe, then this is a really easy one to skip. Otherwise the usual focus tree overhauls will make these specific nations a lot more fun to play, although it must be noted that you can get just as much enjoyment from mods if all you’re looking for is narrative content. 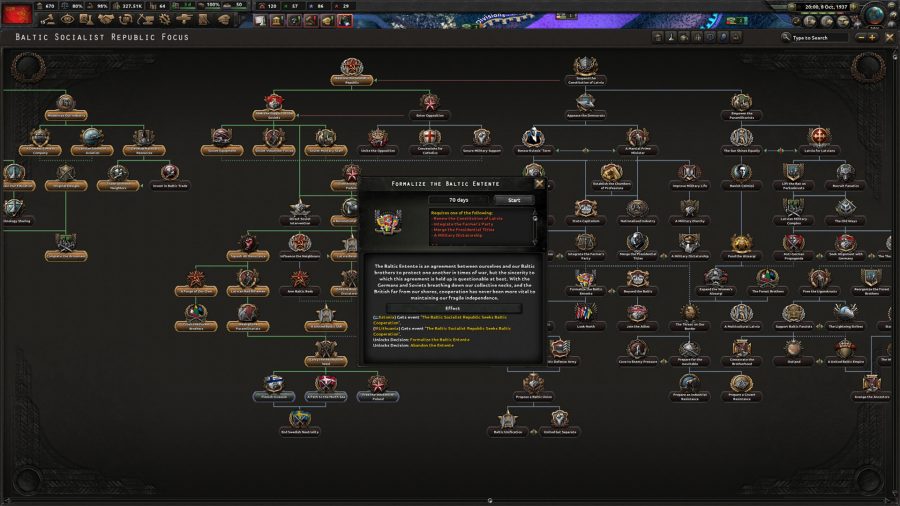 This is easily the best expansion to the game to date, and a great way to cap off the first five years of Hearts of Iron IV’s life and the changing of the guard from one game director to another. No Step Back finally overhauls the Soviet Union’s focus tree, which hasn’t had any love since launch and (At the time) one of the last major nations to get a dedicated overhaul.

It also greatly improves land warfare, more so than Waking the Tiger does. Much of the work is done by the free patch that overhauled combat width and the HOI4 supply system, but the premium features in the expansion add some wonderful extras that are well worth the investment. We’re not 100% sure about the tank designer, for the same reasons we have reservations about the ship designer from Man the Guns.

It works fine, but it adds more complexity than is perhaps needed into armoured vehicles and slows the whole process down, which we’re not convinced is good for the game. Still, a minor drawback to what is otherwise a great expansion. As this is the newest one, it’s not going to go on sale for a while but it’s well worth it even at full price. 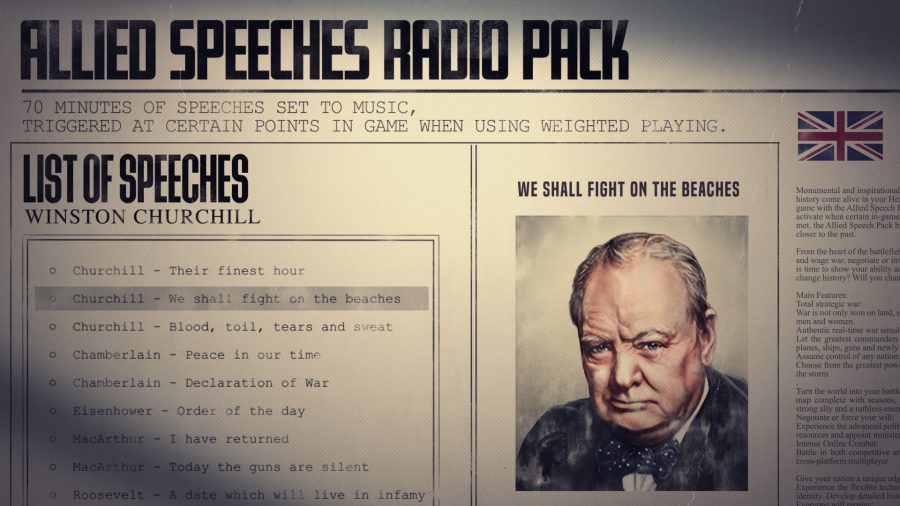 It’s not just about the big expansions – there are plenty of smaller cosmetic packs as well if you’re into that sort of thing. Most are self-explanatory so we won’t go into the details, but there are some cool immersion content here for WW2 enthusiasts:

Another rookie of the Coin universe, PicoGo, launches the task publishing platform