In Chile, where Jewish writers sought a literary utopia – The Forward

Chile is home to just over 18,000 Jews, only about a tenth of one percent of the total population. By comparison, about 450,000 Palestinians live in Chile, some of whom promote antisemitic stereotypes in the media and other public venues. Is this why the Chilean Jewish literary community has been so energetically vocal, as a form of self-defense?

It touches me deeply that the most important reason for the high rhythm of literary production in Chile is not only a response to antisemitism, but on many other levels, Jewish communities in Chile are key actors in a longer project of redeveloping the frontiers of our democracy. Jewish emigration to the Chilean territory was about trying to build a more democratic society. I think that literature is a way to collaborate to develop a society with wider horizons of dignity.

You note that for East European Jewish immigrants to Chile who fled Russian pogroms, Yiddish was the “language of activism, of an insurgent literature.” A Chilean Jewish literary editor, Samuel Glusberg, whose pen name was Enrique Espinoza, in honor of Heinrich Heine and Baruch Spinoza, defended Sholem Asch’s novel “The Nazarene” (1939).The Forward had halted the novel’s serialization due to its portrayal of Jesus as a Jewish religious leader. Asch was accused of promoting the conversion of young Jews to Christianity, which Glusberg dismissed as mere zealotry, like those who had shunned Baruch Spinoza. What made Chile such a free-thinking place for a time?

There was a massive nationalist movement in Chile, so the arrival of Jews and the use of Yiddish literature told Chileans that the world was larger than they had suspected. The Jewish writers opened new windows to literary expression.

In Chile, where Jewish writers fought bigotry in search of a literary utopia

The Canadian Yiddish essayist Zechariah Choneh Bergner, whose pen name was Melech Ravitch, described 1940s Chile as a “remote watchtower of Yiddish literature, filled with loyal guardians of Yiddish culture.” Were Chile’s remoteness, separation and status as lost in the middle of nowhere seen as advantages?

Chile’s Jewish writers had a limited direct impact because their words did not circulate widely through the nation. But on the other hand, the act of writing and telling stories within the community had a deep and silent influence on an underground level, creating a sense of activism. Maybe not many people read the books of the first generation of Chilean Jewish authors, but their writings introduced the idea of a new group working inside the country. Thanks to these early Jewish writers, we now have a long Jewish memory in Chile. I like to think they wrote books for the future, thinking of new generations who would arrive later and discover lessons from the past about how to write a better future and be aware of antisemitism. They had the insight to write for future generations of minorities and marginalized people, not just for Jews. That’s why texts by Chilean Jewish authors help a wide range of minority communities to fight for their rights.

Although Jewish families survived by escaping to Chile from East Europe and Germany, many were discontented. Kiev-born Sonia Guralnik’s novel “Forever in My Memory” (2003) describes denizens of a cheap Santiago boarding house owned by Mrs. Gitl, a Ukrainian Jewish balabosta. Guralnik calls immigrants “very sad people,” failures who kvetch about their relatively miserable lives compared to the old country.

Well, I think they decided to stay in Chile under miserable circumstances, losing material privileges, because they found the opportunity to reconstruct a new way of life from zero. And a new approach to community and political interactions. They arrived in Chile to try to establish political utopias.

“Forever in My Memory” suggests that even more than their adopted country, émigré Jews sometimes hated each other. One character, Rabbi Piltnik, decries Chile as “Sodom and Gomorrah” and its Jewish community as schmendricks, so the congregation sends him back to Russia. Was patriotism for the new home considered essential for these Chilean Jews?

There is a kind of interesting strategy in writers like Guralnik who wrote works about community, to show through constant battle that being Jewish is not a static experience, and being part of a culture is not like belonging to a football team. Chilean Jewish writers were part of a community with contradictions and conflicts. Being Jewish was being part of a flexible community in motion.

In Chile, where Jewish writers fought bigotry in search of a literary utopia 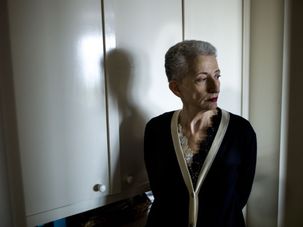 The Chilean Jewish playwright Benjamín Galemiri is unabashedly intellectual, and his drama “Jethro or the Guide for the Perplexed” was inspired by the philosophy of Maimonides. Why do Chilean Jewish fiction writers appear comparatively domestic-minded and less self-consciously part of a brainy elite?

Galemiri developed his career in a theater company with visual artists and avant-garde actors, so he had an opportunity to take part in lofty discussions in the public sphere. Chilean Jewish fiction is engaged in the domestic space because the family circle is where violence is revealed. To be in living rooms and dining rooms is a strategy to show spaces of cruelty, so Jewish writers could try to describe them directly.

In terms of impact, can quiet writings by Chilean Jews about domestic scenes outweigh the wild antisemitic ravings of the Chilean diplomat Miguel Serrano? Serrano’s fictions presented as fact have elements of Louis-Ferdinand Céline, Jules Verne, Jorge Luis Borges, and Comte de Lautréamont. There is something epic or Wagnerian about Serrano’s claims that Adolf Hitler survived the war, escaping to Antarctica to live under a polar ice cap. Even the Pinochet regime found Serrano too much of a loony Nazi devotee. Yet Serrano’s ideas continue to have international followers, including in Idaho, where a right-wing extremist group called Wotansvolk currently thrives. Could Chilean Jewish writers be too sane and well-behaved for the country they live in?

In Chile, Serrano was a big figure, especially among the lower classes, because his strategy was really effective. Serrano was always in delirium, saying that the Chilean race is a kind of superman, which was very seductive to people who felt they had no place in the realities of the Chilean elite. Serrano was used to validate expressions of hatred and violence, and was allowed to say many things in a discourse of hatred and violence that should have been forbidden. Many excuse him as merely an avant-garde, eccentric writer. But if so, he was one who promoted hate in the Chilean community, working systematically to boost anti-Semitism and intolerance. Chile has a kind of social pathology that implies we tolerate hate discourses when they are spread through the fine arts or history. That is the pattern we have to fight today, and lessons from our Jewish writers from the first part of the 20th century can help unmask the level of destructiveness that lies beneath this guise of art.

Minsk Square: A tribute to east Europe in the middle of Bengaluru city