Nostradamus, the French prophet, credited with predicting the Great Fire of London and Adolf Hitler’s rise to power, reportedly prophesized a war taking place in Europe.

The clairvoyant laid out his predictions in his famous 1555 book ‘Les Propheties’, and while it’s hard to pin down the exact dates, he reportedly envisioned a major conflict happening this spring. He vaguely suggested that France may face a threat “from the east,” as one of his 942 forecasts, writing, “Blue-head shall white-head harm in such degree, As France’s good to both shall e’er amount.” However, Nostradamus expert Bobby Shailer suggested last year that a third World War could take place “in the next few years,” the Daily Mail reported.

Did Bob Saget predict his death? The TRUTH behind morbid rumors

“Nostradamus says it will be a massive long war, 25 to 29 years, followed by smaller wars,” Shailer revealed, adding that it will be followed by an “age of Saturn, which will be a thousand years.” Among other predictions for 2022, Nostradamus said the world will suffer from an asteroid strike, entire countries will be devastated by floods and droughts, resulting in mass starvation. He is also believed to have predicted the environmental havoc wreaked by global warming as well as advancements in AI technology.

The French astrologer — often dubbed the “Prophet of Doom” — was reportedly inspired by biblical texts and his own experiences of the bubonic plague, due to which his predictions mostly focused on famine and sorrow. His work remains popular more than 400 years after publishing his book, especially because his predictions are vague and open to interpretation.

French physician and astrologer Nostradamus (1503 – 1566), or Michel de Notredame, circa 1560. Original Artwork: From the frontispiece to a collection of his prophecies pub. in Amsterdam in 1666. (Photo by Hulton Archive/Getty Images)

In 1555, Nostradamus predicted that climate change would reach such a level in 2022 that the soaring temperatures would “half cook” fish in the sea. The soothsayer went on to claim human beings wouldn’t see rain for over four decades, and that there would be devastating “great floods” once it eventually poured. “Because of the solar heat on the sea/ Of Euboea the fishes half cooked/ the inhabitants will come to cut them/When the biscuit will fail Rhodes and Genoa,” he wrote. In another section of the book, he added, “For forty years the rainbow will not be seen/ For forty years it will be seen every day/ The dry earth will grow more parched/ and there will be great floods when it is seen.”

As mentioned, Nostradamus also predicted that the Earth will be hit by an asteroid strike that would cause mass death. While it’s unclear when this apparent “celestial zone” will strike, the prophet wrote that a “great fire” would fall from the sky. “New, impetuous and sudden rain/ Will suddenly halt two armies/ Celestial stone, fires make the sea stony/ The death of seven by land and sea sudden,” he continued, adding, “A great fire will fall from the sky for three nights/ The cause will appear both stupefying and marvelous/ shortly afterward there will be an earthquake.” 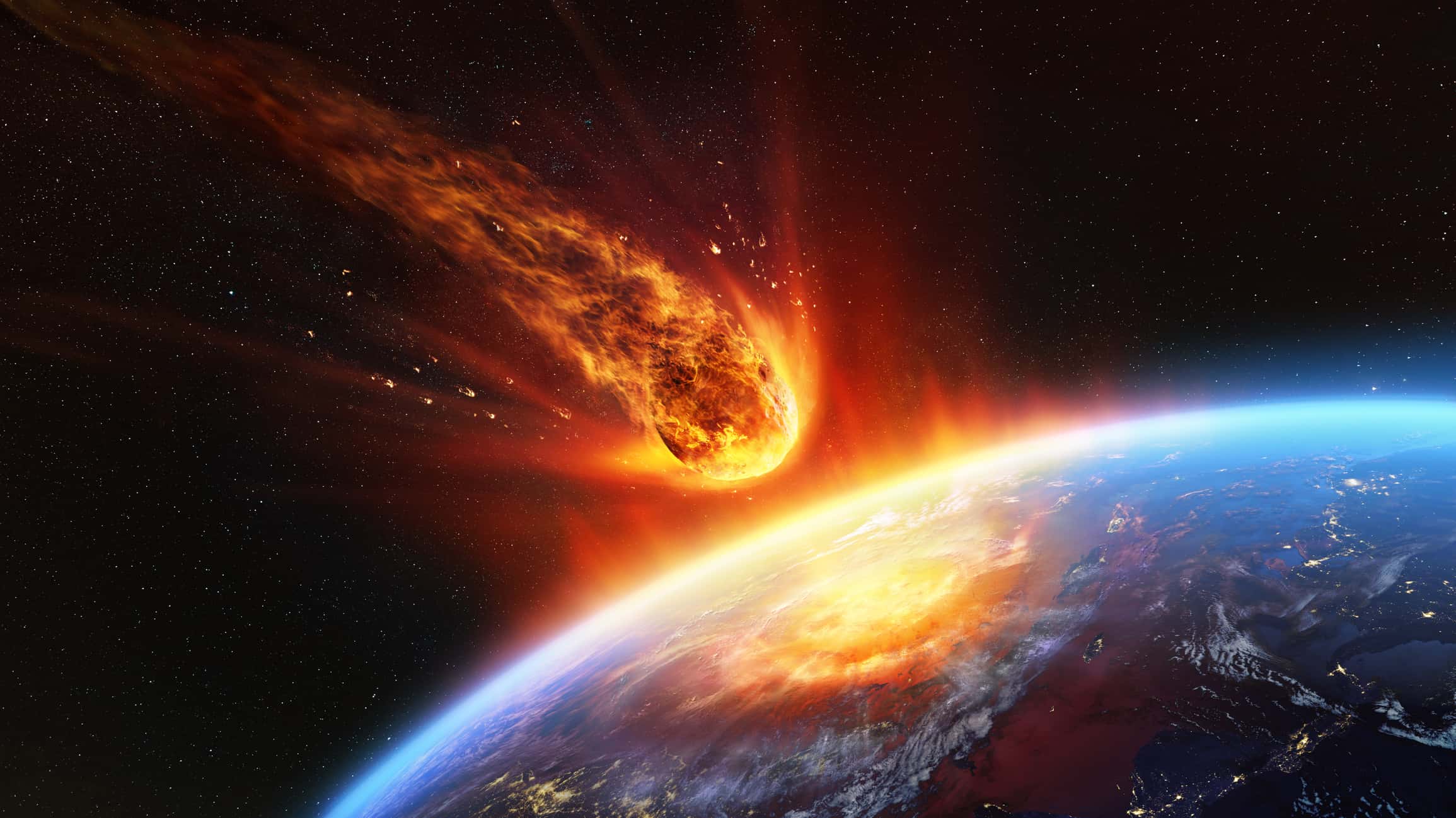 Nostradamus predicted that the Earth will be hit by an asteroid strike that would cause mass death. (Romolo Tavani/Getty Images)

Nostradamus appeared to suggest that the world will be hit by scores of space objects resulting in wildfires and destruction. It’s worth noting that Earth has already had close calls with large asteroids, with one almost as long as a double-decker bus narrowly missing our planet earlier this year, the Daily Mail reported.

The War in Ukraine Intensifies the War for Tech Talent